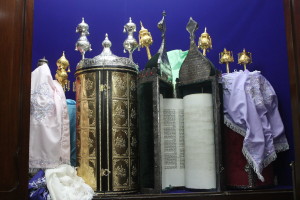 The story of how and why Asian Jewish Life was founded is perhaps long overdue. Though I have recounted it numerous times, I have yet to tell it in our own journal, but it is particularly relevant to this issue because our story is very much an India story.

Though I sit in Hong Kong as I write, our story began in Mumbai on 26 November 2008. The entire Jewish world watched as events in Mumbai unfolded.

In Hong Kong though, most of our community had an even deeper
connection. Most of us had been to Mumbai, had been to the Chabad
House, knew the Holtzbergs or had lived in Mumbai and been part of the Jewish community there.

We gathered together in our Jewish Community Centre and prayed together. Like most communities, we sometimes have our differences and see one another as ‘an other’, divided though really only by levels of observance. That evening however, those differences melted away. They no longer mattered.

Without ceremony and pretense, people stood up and shared their own stories and their own personal experiences in Mumbai and with the Holtzbergs, obm. Some community members had only just recently returned from Mumbai while others announced that their spouses were there that night in one of the hotels under siege.

It is in that room, that I began to understand the Jews in Mumbai were our Jewish neighbors. Growing up in New Jersey, and most recently hailing from New York, my Jewish neighbors were always one town away: a quick subway trip or car ride away. Living in Hong Kong in a tiny pocket of Jewish life in a vast region, now for twelve years, those quick subway trips to neighboring Jewish communities are rather short-haul flights over international borders. The notion of distance changes when you live ‘off the radar’.

It was a direct result of watching our Jewish neighbors from our wider Jewish community under attack, that I was determined to try to develop a way to try to link and better connect the Jewish communities across the Far East. It shouldn’t have taken tragedy for us to see these connections.

In India, six years later, it is clear that they have not forgotten 26/11. We haven’t either.

The connections between pockets of Jewish life were firmly rooted well before this. They run deep and so should the connectivity. An exploration of the history in the region shows that much of our history is shared. The Sassoon family, for example, settled first in India and their trading empire took them to Singapore, Hong Kong and Shanghai as well. Other families moved throughout the region, tying the Jewish stories across the Far East to one another.

I was in India this past December. I can’t begin to describe the warmth of the people I met there and their gratitude for the chance to better connect with communities around the region.

Moreover, it is incomprehensible to me that some people have questioned their authenticity, their Jewishness based on a misguided notion that race or ethnicity has something to do with Judaism. I hope that Asian Jewish Life is having some small role in helping to eliminate stereotypes within the Jewish community.

The Jewish India story is one about a beautiful life built in a place off most of the Jewish world’s radar. Some people were entirely unaware of their community’s existence until 26/11. Their story is not one of mere survival and dwindling numbers as some articles might suggest. It is a community with a deeply rooted history and filled with vibrant color, unique culture and rich flavors not seen in other parts of the Jewish world.